The CRT monitor on my Mac SE was damaged during a floppy drive install. The only way to fix it was to replace it. Fortunately, I have a non-working Macintosh Classic II that I've kept around for parts, so I decided to use it's CRT as a replacement. 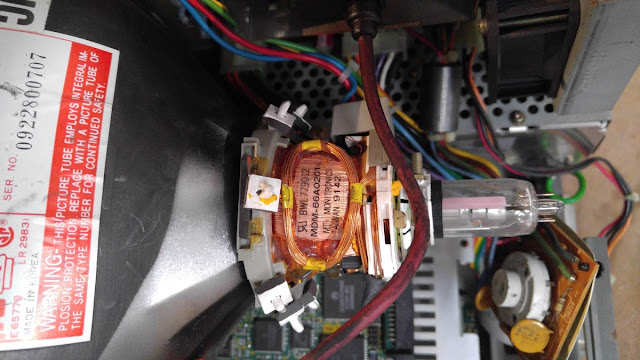 Keep in mind that there is a potential of high voltage discharge while working with these components. Be careful!

Opening up the SE is quite simple. There are four screws that need to be removed using a Torx driver. 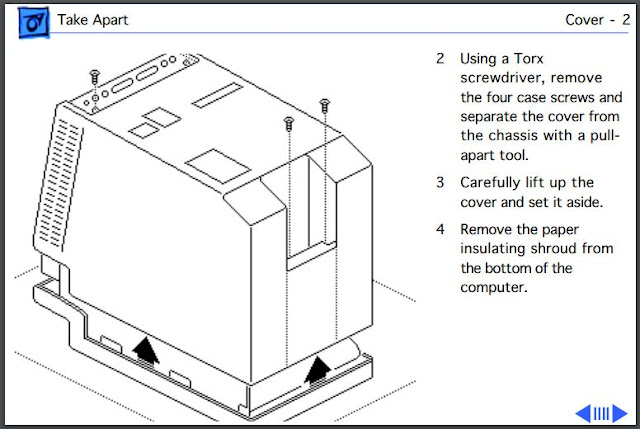 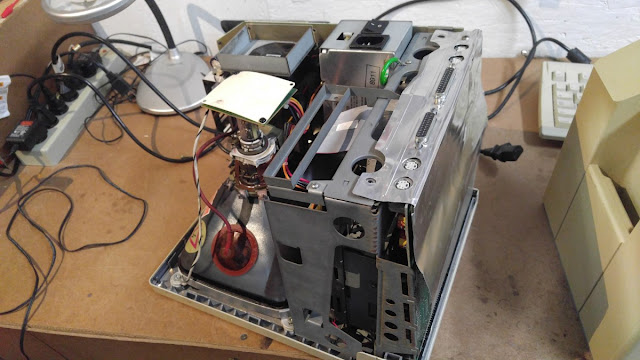 Once opened, there are a number of cables that need to be disconnected. 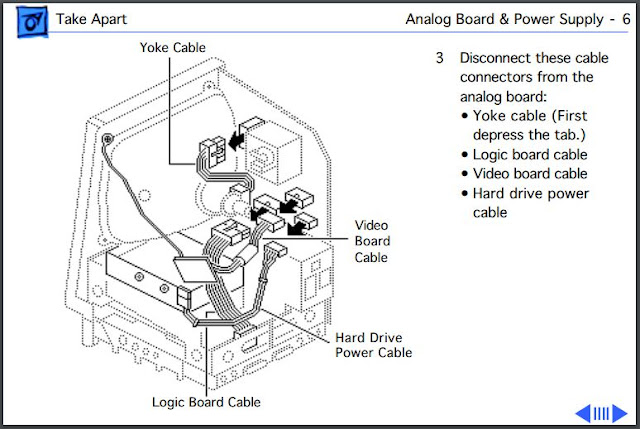 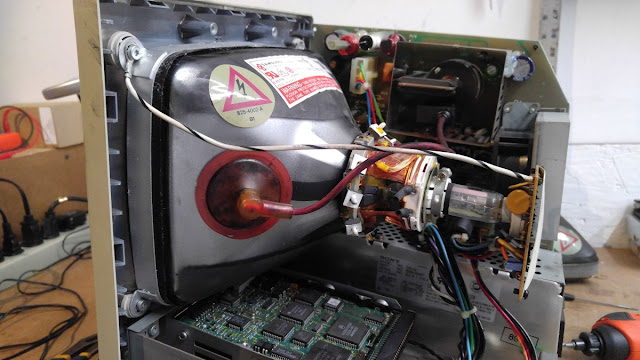 Then the logic board, disc drives and power supply panel need to be removed. 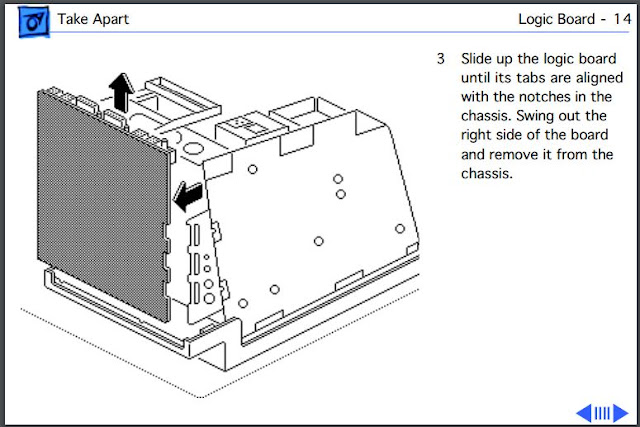 Once all of these components are removed, the CRT is the primary component left. 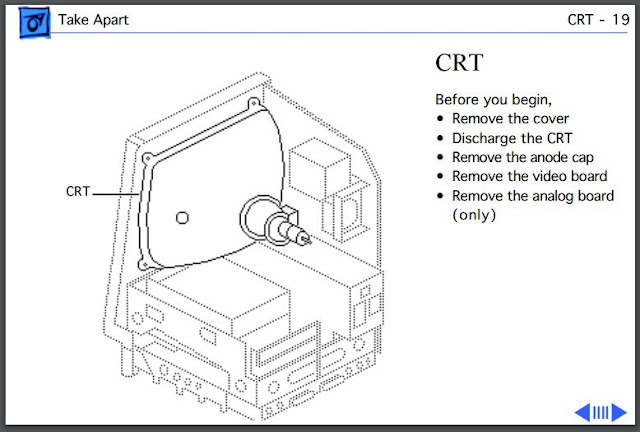 There is still an attached yoke and anode connector that must be removed. 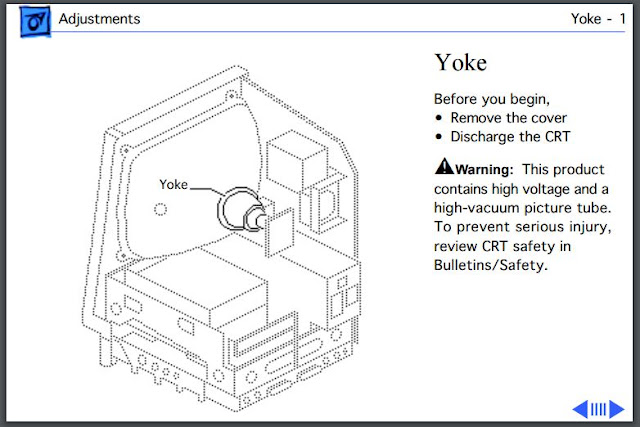 These areas are potential high voltage discharge areas. ABSOLUTE care must be exercised at your own risk. Removing the yoke requires loosening the clamp screw at the yoke's end. The yoke can then be pulled off. To remove the anode, the rubber body must be squeezed and then removed by rocking the contacts back and forth until it releases. 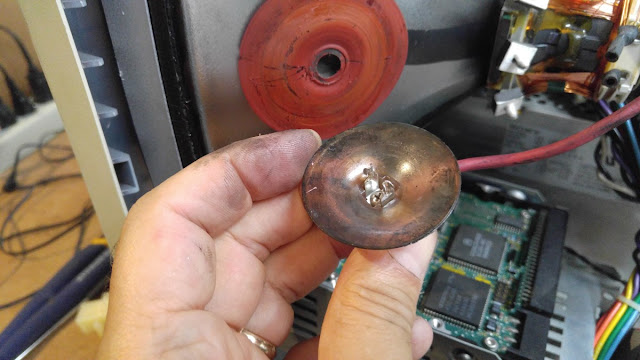 Now the CRT can be removed by removing four screws. 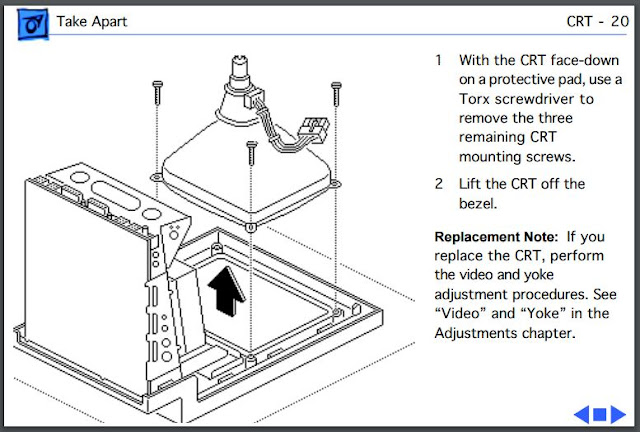 Basically the CRT on the Mac SE is identical to the Macintosh Classic II. However, the connectors for the yoke are not. The SE has a larger 4 pin connector. 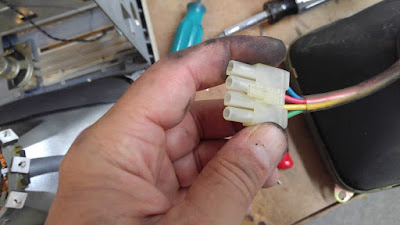 The Macintosh Classic has a smaller connector. 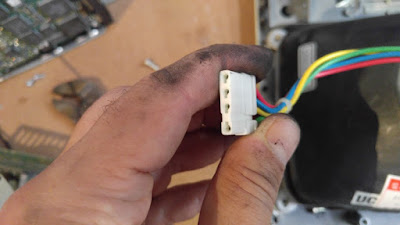 In addition, if you were to swap out the connectors, the yoke is not tuned correctly for the SE. The image develops an unfocusable overlap on the image side. So be sure not to damage the SE's yoke. 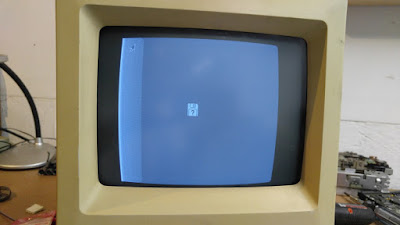 Once the new CRT replacement is made and all of the removed components have been replaced, the system needs to be turned on so that the image can be adjusted. The first adjustment should be the tilt. It's very unlikely that you have replaced yoke in it's correct orientation. 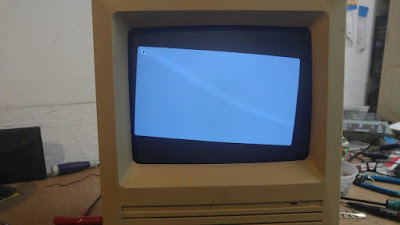 This adjustment is made by slowly revolving the yoke around the CRT neck until the proper image is obtained. 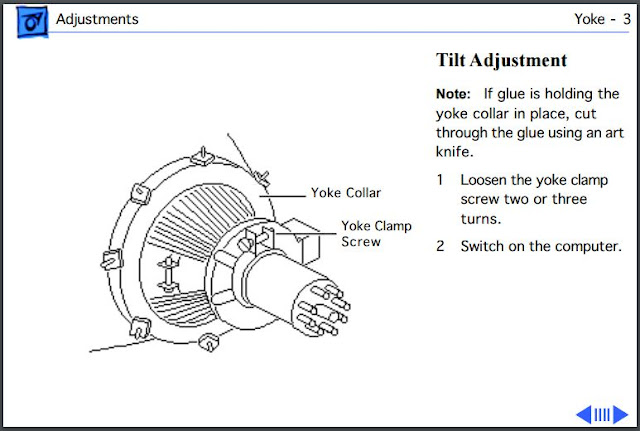 Next is the vertical and horizontal adjustments. These are made by adjusting the potentiometers on the SE's power supply board. 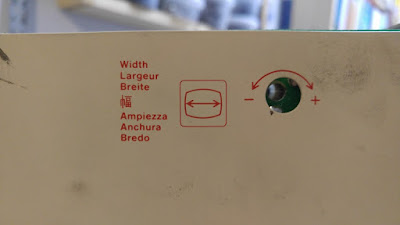 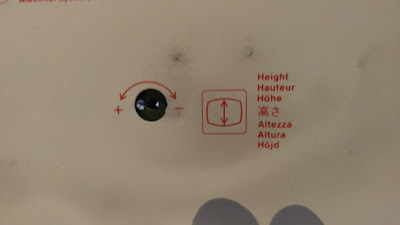 Next the focus and luminosity can be adjusted by similar potentiometers in the same area. 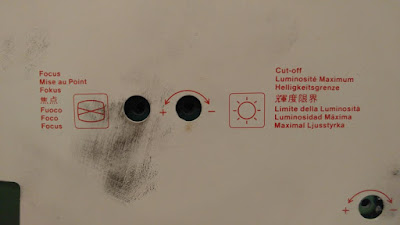 Everything should work well now. In this case one more adjustment could be made. 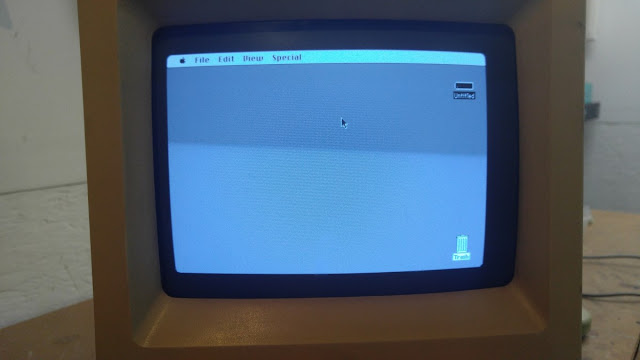 The image is not quite centered in the CRT. This can be adjusted by moving the centering rings on the yoke. 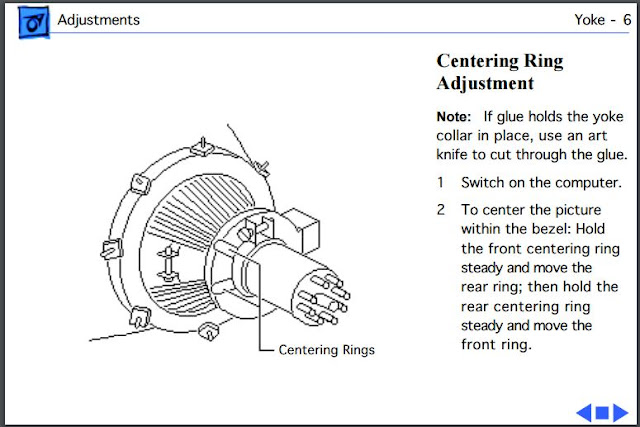 Posted by Richard Salinas at 6:25 PM